Last week we released the Beta version of our EDI Accelerator 2006 to a limited number of customers who had signed up for beta testing the 2006 version. We are very excited about this new release, since it is the most integrated EDI solution ever running on BizTalk Server.

Finally, BizTalk Server has become a fully capable B2B gateway that scales to even the most demanding customers’ needs.

The final version will be released end of March! 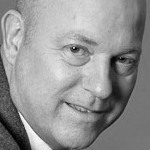